Yesterday with my friend Edwin from Battlefield Discovery we visited the two nearby American Cemeteries to pay our respects and visit our adopted graves.

Early in the afternoon I drove to Nuenen to pick up Edwin and then we proceeded towards Margraten, in total about a 90 minute drive. For my American friends that is a normal shopping run but in the Netherlands it means you’ve drive through almost half the country. On top of that, when you get to the southern end of the Limburg province it suddenly gets hilly too so quite a change from the flatlands around my house.

Because we both guide for the National World War II museum’s Easy Company tour we put a flower on each of the graves of the men of that company. Below are some pictures of the graves we visited:

When at Margraten I always stop by the grave of Robert Cole, my first Dodge Adventures video was about him and when I did my first assignment for the Guild of Battlefield Guides it was about him too. 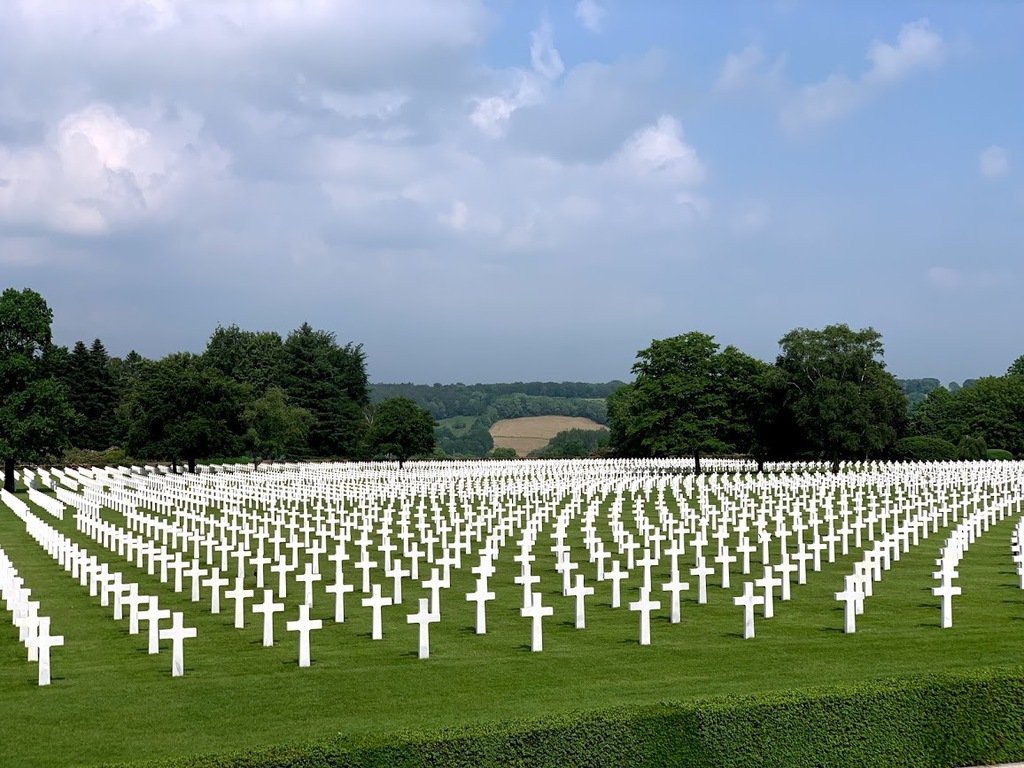 We then drove about half an hour to Henri Chapelle American Cemetery on the other side of the border in Belgium, here we visited the only member of Easy Company buried there as well as our adopted graves.

At the cemetery there were a number of information boards spread around the cemetery, I’ve never seen this at Margraten which I think is a missed opportunity. These boards make you visit graves and sections of the cemetery that you normally would never go to and provide background information about the soldier.

When we finished our tour of the cemetery it was time for us to drive back home, all in all it was a well spent afternoon visiting these cemeteries and honoring the men.

My name is Joris Nieuwint and I will be your tour guide! Please allow me to introduce myself and tell you a little bit about what I've been doing over the past years. For the past 10 years I've been living in Veghel, and before that, I've lived in Arnhem for almost two decades. Living so close to the battlefields meant that Operation Market Garden always had my interest and I've been studying the battles for all those years. Sharing what I've learned over the years has been my passion and becoming a tour guide was one of my dreams. Keeping the sacrifices of these men alive by telling their stories and showing the locations where it happened is my greatest passion.

Tour Guide
Sharing what I've learned over the years has been my passion and becoming a tour guide was one of my dreams. Keeping the sacrifices of these men alive by telling their stories and showing the locations where it happened is my greatest passion.